Complex happenings in photos that feel so good

Since the start of July, the Gordie Howe Sports Complex has lived out the cliché, “You don’t know what you are missing until it is gone and it comes back again.”

As Public Health Orders and restrictions were lifted regarding the coronavirus (COVID-19) pandemic that has gripped the world, action at the Gordie Howe Sports Complex shifted back into a familiar busy gear during the summer.

With events taking place like Softball Canada identification camps, Saskatoon Valkyries football games, Softball Saskatchewan provincials and televised under-18 AAA baseball games for the first time since the summer of 2019, it felt like you cherished these happenings a little more.

Our photo round up includes a number of pictures of the plays and memories that were made.

Most of these photos like the lead picture of this post were taken by our Communications Coordinator in Darren Steinke. The lead photo shows the Saskatoon Selects Black Sox posing for the customary celebratory team photo after winning Softball Saskatchewan’s Under-19 Open men’s title on July 25 at Joe Gallagher Field.

Without further ado, here is a selection of 11 pictures since the start of July. We hope you enjoy.

Up, up and away 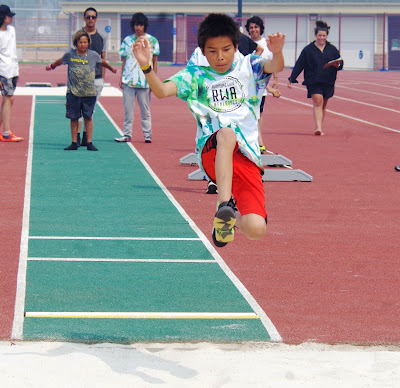 A youngster takes flight in the long jump during a Running Wild Athletics Club summer track camp at our Track and Field Track on July 16. The young athletes sure enjoyed the track complex, which opened in 2019.

Opening up the alley 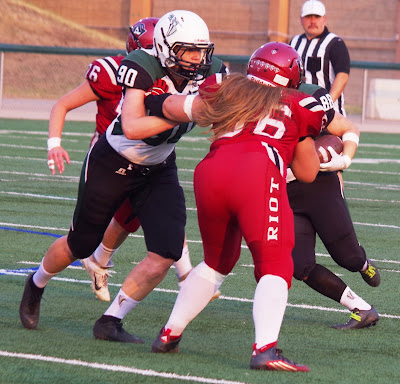 Saskatoon Valkyries left tackle Betsy Mawdsley shoves a Regina Riot defensive end out of the way to open up a running lane for the team’s running backs in a WWCFL exhibition game on July 16. The Valkyries ultimately piled up 296 yards rushing as a team in a winning effort on this night at Saskatoon Minor Football Field. 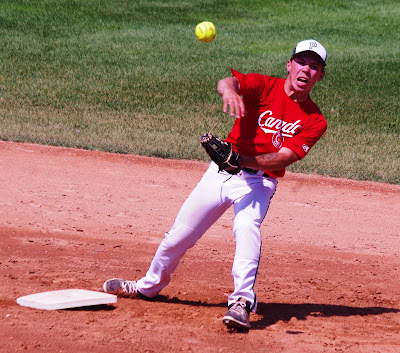 An infielder prospect aims to impress the brass at Softball Canada turning a double play in this drill. The player was taking part in a one-day combine identification camp for the under-23 men’s national team on July 10. 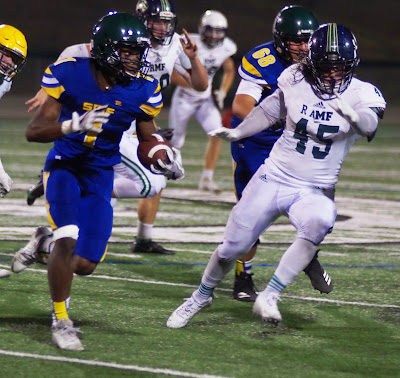 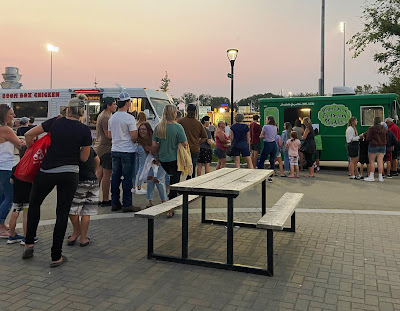 On a hot Saturday night on July 17, ice cream was an in demand commodity at the Gordie Howe Sports Complex and “The Mean Green Ice Cream Machine” was there to answer the call. Our Operations Manager Johnny Marciniuk checked in with this sweet picture.

In the park round tripper 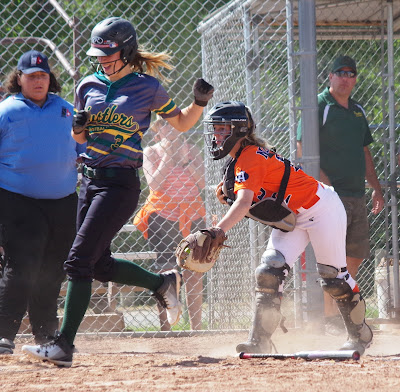 Saskatoon Hustlers hitter Caili Rheaume is all smiles after beating the throw to home to complete an in the park home run in a contest held during the Softball Saskatchewan provincials on July 24.

Bringing the heat on TV 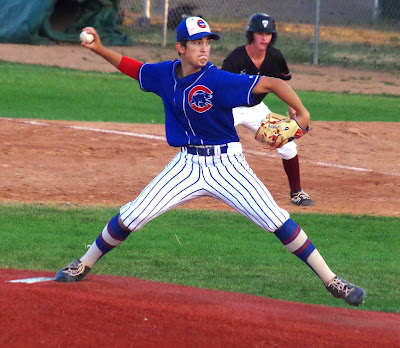 Saskatoon Cubs pitcher Parker Frey brings the heat against the Saskatoon Diamondbacks in a Saskatchewan Premier Baseball League game on July 28. The TV cameras were out the Cubs victory at Cairns Field was broadcast on SaskTel’s community channel.

Piling up yards after the catch 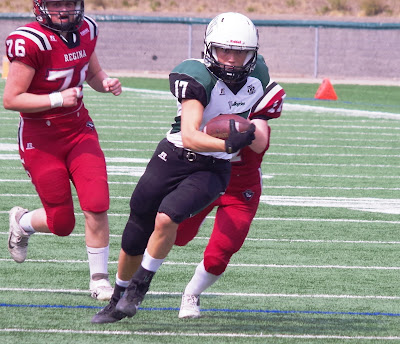 Saskatoon Valkyries receiver Haley Girolami darts upfield after making a catch against the Regina Riot in a WWCFL exhibition game on July 25 at Saskatoon Minor Football Field. Girolami caught eight passes for 100 yards and scored a touchdown in a Valkyries victory. 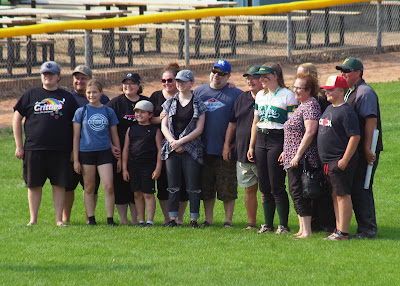 It was family picture time for a gold medal winning Saskatoon Hustlers play on July 25 at Bob Van Impe Stadium. The Hustlers had just downed the Saskatoon Raiders in the under-16 girls’ championship game at the Softball Saskatchewan provincials. 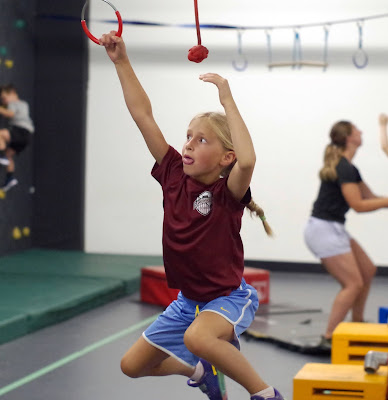 A youngster goes swinging on rings, ropes and bars that hang from the ceiling of the Spark Park room at the Indoor Training Centre on July 30. The youngster was taking part in the Spark Park Summer Sport Camps.

That one is out of here 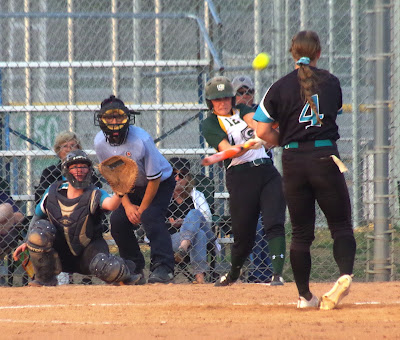 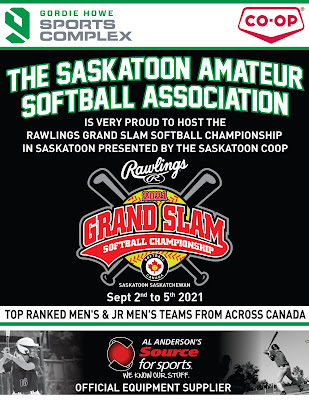 The Gordie Howe Sports Complex is hosting the Grand Slam Softball Championship September 2 to 5. Feel free to mark it on you calendar and stop in and check it out.