Sweet made for photo memories continue to be created on the Gordie Howe Sports Complex grounds.

Some of the cool photos might include some our staffers springing into action. They enjoy and take pride in making sure everything at the Complex runs as smooth as possible.

Some of the sports action includes pictures of athletes who are deeply focused in training sessions looking to improve a skill.

A number of these photos like the lead picture of this post were taken by our Communications Coordinator in Darren Steinke. The lead photo shows a young skater taking advantage of one of the final days for public skating at the Clarence Downey Speed Skating Oval on March 1.

One of these photos came from an ace contributor.

Without further ado, here is a selection of nine pictures from about the past three months. We hope you enjoy.

Focus on the next pitch 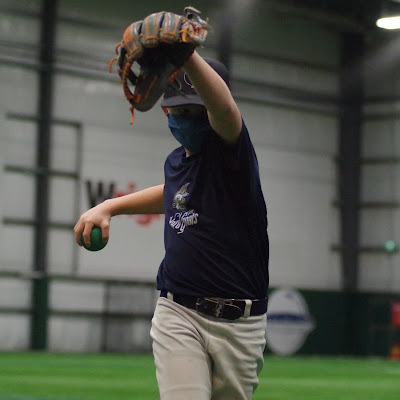 The crew at the Going Yard Training Centre put their athletes through a lot of unique drills to improve their skill in baseball. In this picture from Feb. 11, a young pitcher pays attention to detail with the mechanics of his throw while using a weighted ball. The pitcher improves both skill and gets physically stronger. 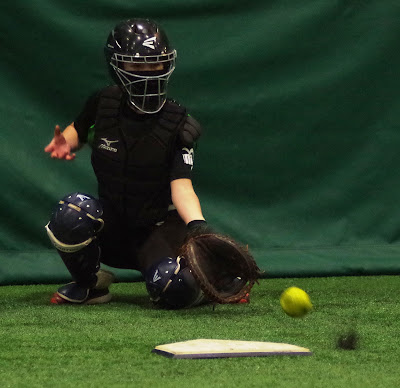 This catcher at a Saskatoon Raiders fastball training session on Feb. 20 calmly stayed on top of a wild pitch that went in the dirt. The catcher easily tracked the ball into her glove.

Jetting down the back stretch 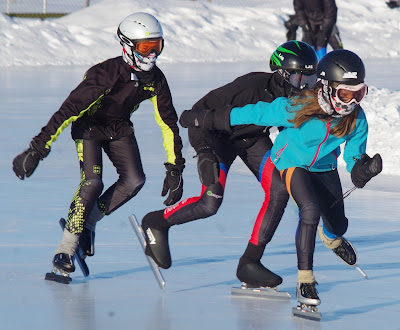 The Saskatoon Lions Speed Skating Club training sessions at the Clarence Downey Speed Skating Oval were always quality runs. Here a group of young skaters speed down the back stretch during a simulated race on Feb. 15.

Right in the wheelhouse 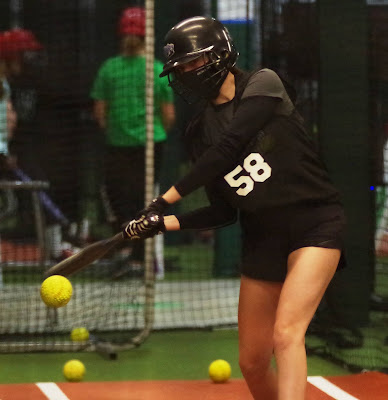 This hitter at a Saskatoon Phantoms fastball training session on Feb. 25 is about to unload on a pitch she likes. The batting cages and pitching tunnels are a popular feature at our Indoor Training Centre.

“Who ya gonna call” 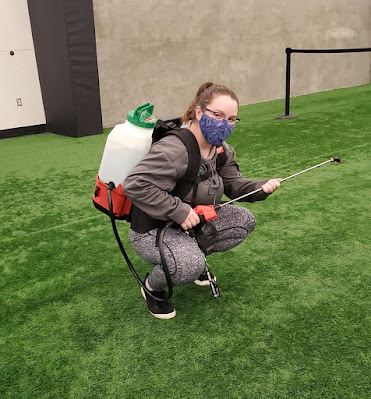 Our own Ashlie Borisenko was out sanitizing the turf at Ignite Athletics and on the main field at the Indoor Training Centre in this photo taken on Dec. 28, 2020. Our staff ensure no stone is left unturned these days in the safety department. Emmarae Dale, who works at Ignite Athletics and is a linebacker with the Saskatoon Hilltops and Saskatoon Valkyries, took this picture. 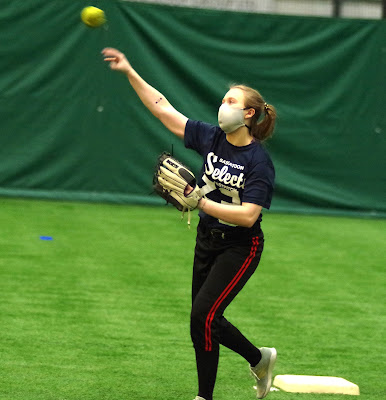 This infielder simulates trying to throw out a base runner during an infield drill at a Saskatoon Selects fastball training session on Feb. 26. Selects players were trying to show off their command of infield defence.

Art of the steal 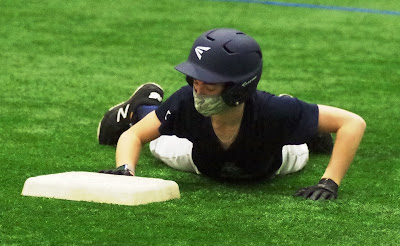 In other unique drill run at a Going Yard Training Centre session on Feb. 11, this base runner slides into second base on a steal drill. Coaches were trying to teach base runners how to read pitchers for a steal opportunity in this baseball drill. 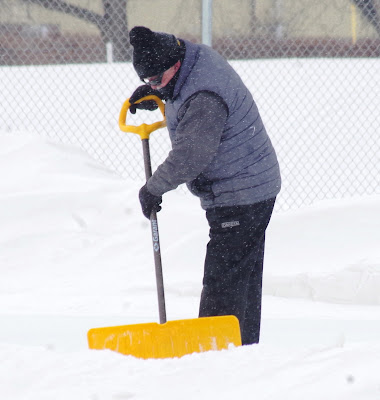 Our own Jack Nepjuk, who is well known in Saskatoon’s football scene, attends to fixing a small detail at the Clarence Downey Speed Skating Oval on Feb. 27. Nepjuk was one of a number of staffers who ensured the Oval’s season was a great one.

A snowy good time at the Oval 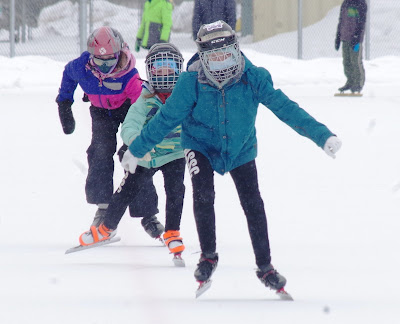 A light snow fell on the Clarence Downey Speed Skating Oval on Feb. 27, but that didn’t dampen the spirits of these young skaters from the Prince Albert Speed Skating Club. They enjoyed getting a taste of skating on a long track course.