Sweet happenings at the Complex in photos

It seems easy to create moments that are made for photos on the Gordie Howe Sports Complex grounds.

Sometimes the sun might set in just a certain way it creates amazing colours and an artistic look, when one of the Complex’s facilities are pictured. The Clarence Downey Speed Skating Oval seems to be the place where some of those moments can captured via a photograph.

Other moments might be candid ones. They could come from a social interaction that deals with instruction or a point in time where someone is just chilling out and being relaxed.

A number of these photos like the lead picture of this post were taken by our Communications Coordinator in Darren Steinke. The lead photo shows the Saskatoon Lions Speed Skating Club holding a practice race in frigid conditions on January 23.

A couple of the photos came from two other contributors too.

Without further ado, here is a selection of eight pictures from about the past three months and a bonus one at the end too. We hope you enjoy.

Cool look of a flood 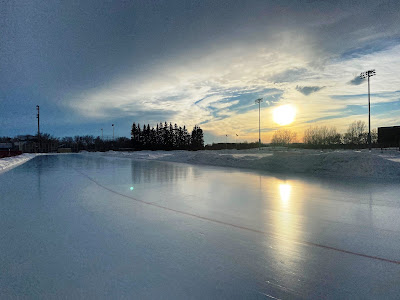 Johnny Marciniuk, who is our Operations Manager, captured this photo on January 11. He caught a crisp and cool look of the Clarence Downey Speed Skating Oval right after the ice was flooded.

Showing off some moves 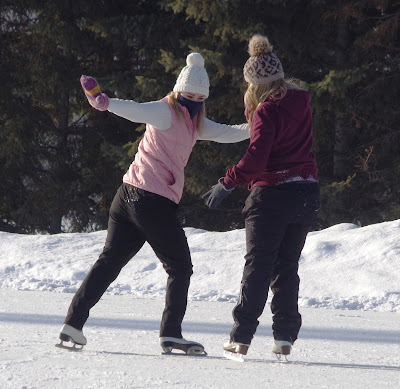 These two skaters were working on some old figure skating tricks during a public skating session at the Clarence Downey Speed Skating Oval on January 31. They are two of many who have enjoyed being outdoors at the oval. 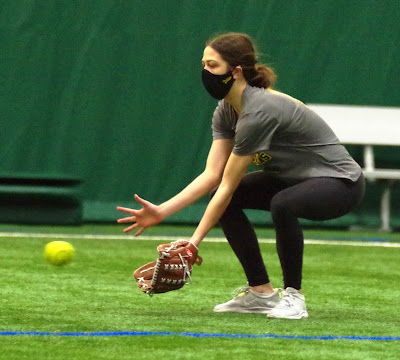 In this photo, a young softball player secures a ground ball during evaluation camp for the Saskatoon Hustlers on January 26 at the Indoor Training Centre. The Hustlers are one of many groups who enjoyed the confines of that facility.

Youngster takes on the slopes 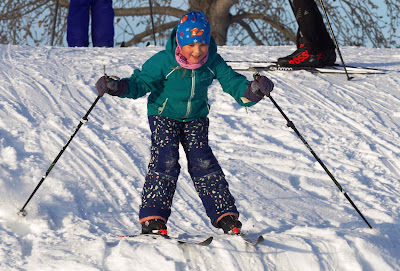 A couple of hills have been built for the Nordic ski trails on the grounds of the Complex. For this youngster pictured here on November 29, 2020, the hills might actually seem as big as mountains, but she seems to enjoy perfecting her downhill ski skills.

Going Yard gets it done 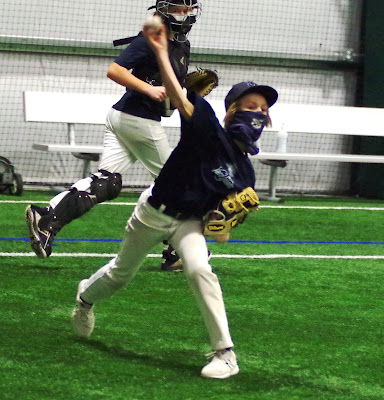 The Going Yard Training Centre has a number of great programs to help players improve their baseball skills. In this photo, a young player fires off a throw to first during a rapid fire infield drill on December 12, 2020 at the Indoor Training Centre. The 15-minute drill was executed in a crisp and efficient manner by the young players.

Having fun with the camera 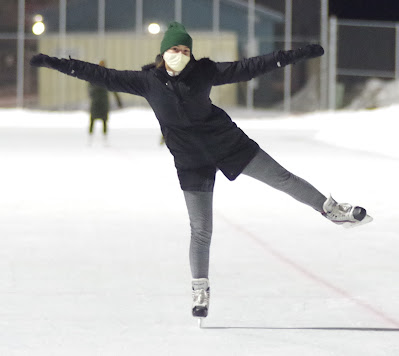 At a public skating session on January 19 at the Clarence Downey Speed Skating Oval, this skater decided to put on a pose for the camera. She showed off just one example of the fun that can be had at the oval. 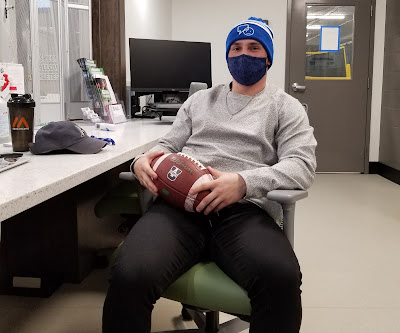 Our own David Solie sports the Bell Let’s Talk toque in support of Bell Let’s Talk day on January 28. Solie can be found both managing the front desk of the Indoor Training Centre and making sure things run smoothly at the Clarence Downey Speed Skating Oval.

Beauty of the Oval at dusk

On January 14, Jason Warick, who is one of the coaches for the Saskatoon Lions Speed Skating Club, captured this photo of the Clarence Downey Speed Skating Oval during an evening team practice. The colours Warick captured were just incredible. Warick showed how scenic the Complex can be. 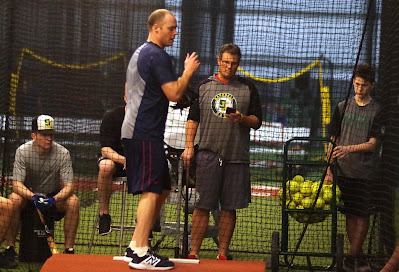 In this photo from January 20, 2020, left-handed pitcher Andrew Albers explains some tricks of the trade to some young baseball players in the pitching tunnels at the Indoor Training Centre. On Monday, Albers signed a Minor League deal with the Minnesota Twins organization and has received an MLB Spring Training invite.