Construction action has hit another high gear here at the Gordie Howe Sports Complex in 2020 starting in August.

Crews have been building new buildings and working on improvements to the facility.

Since August, our Operations Manager Johnny Marciniuk has gone on a number of tours collecting photos of the construction action and improvements to the facility. We’ve featured the photos on our social media Facebook, Instagram and Twitter lines along with creating picture round up posts for our main gordiehowesportscomplex.ca website.

Johnny’s photos have proven to be popular. He has captured some sweet images, and they have all come from the camera on his mobile phone.

For the December upload of new content for Howe Happenings, we figured we’d show a collection of some of the coolest and sweetest photos Johnny took on his tours.

The lead photo for this post shows fencing that was installed at a diamond facility to help secure the site and protect athletes and spectators from errant balls for adjacent facilities.

Anyways without further ado, here is a selection of seven pictures from Johnny’s tours. We hope you enjoy. 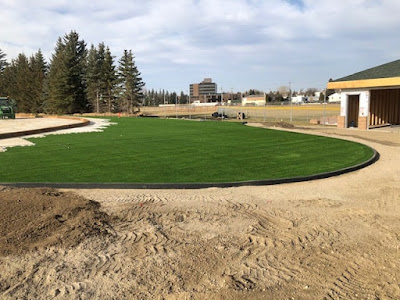 In this early November tour photo, artificial turf is completed on both the north and south side of the track and field track to provide a level surface for the Clarence Downey Speed Skating Oval along with being a comfortable surface for track athletes to enjoy during their track meets.

Perimeter fencing up at track and field facility 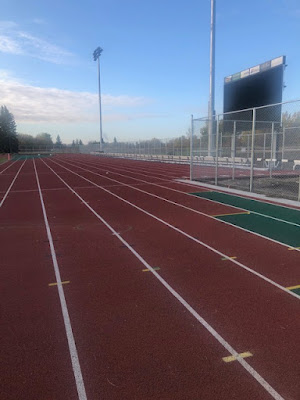 This photo from early October shows the perimeter fence that was installed at the track and field track that doubles as the Clarence Downey Speed Skating Oval in the winter months. 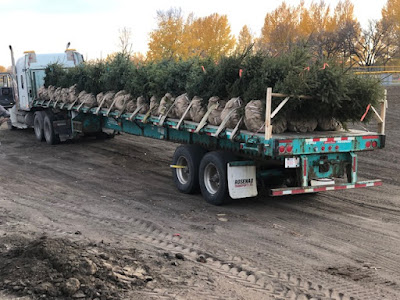 Near the middle of October, trees that were locally sourced from Zoset and Pleasantdale arrived. They were planted around the new track facility a short time afterwards.

We should add Lakeshore Tree Farms from Saskatoon is also a major supplier of greenery for landscaping, and our landscaping architects in Crosby Hanna have been terrific to work with. 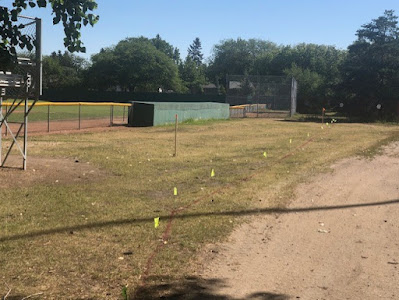 In this photo taken near the end of August, it shows an area at Leakos Field that has been mapped out to receive bleachers that will be relocated from Cairns Field. 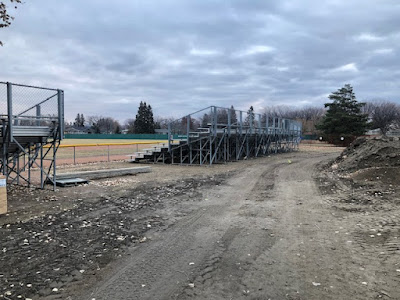 This photo taken on November 7 shows the bleachers installed a Leakos Field that were transferred over from Cairns Field. 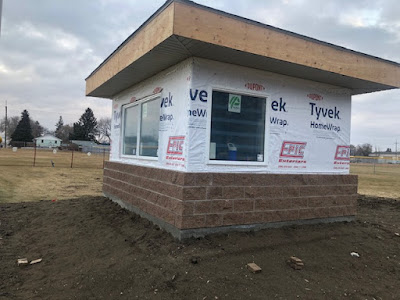 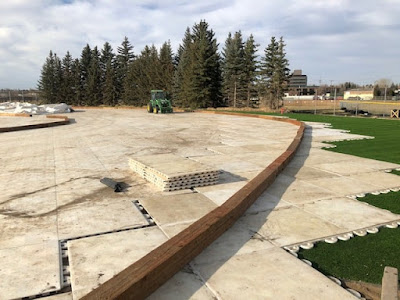 The Clarence Downey Speed Skating Oval tiles sit installed in this picture taken near the start of November. The oval ice is flooded and put in place on top of these tiles.